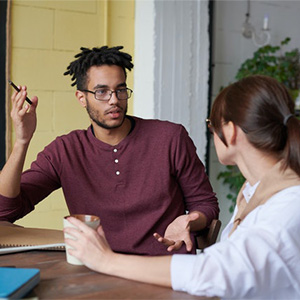 One of my executive clients asked me – with some exasperation – why he had to adapt his style to communicate more effectively with his employees.

I share this story because this person is intelligent, passionate, and goal driven. But he has an abrupt demeanor, and his acerbic delivery puts off many of the people who work for him. We’ve worked on this issue of effective communication for months, but he doesn’t consider this a priority.

In the circumstance that triggered our discussion, an employee did not understand his request. Instead of trying to explain it differently, he shouted at her. He was frustrated because he didn’t understand why she didn’t “get it.”

Two of his direct reports witnessed this interaction and gave him the (unsolicited) feedback that his delivery was way too aggressive. He then came whining to me asking if there was really anything wrong with what he did.

I (again) emphasized the importance of effective communication using clear language and a professional tone. I also talked about walking in someone else’s shoes. He resisted and responded with what he would do if he was in their shoes.

And, of course, this example was about face-to-face verbal interaction. Other forms of communication, such as video communication, emails, texts, TEAMs chats, etc., often require even more care (more about these in future posts!).