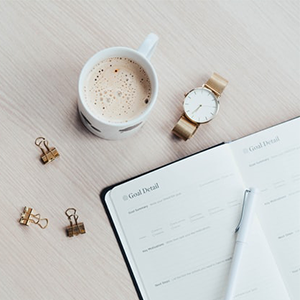 I hope your first week of the new year is going well and has set the tone for productive, meaningful, and healthy weeks ahead. We talked about goals in December, and presumably you’ve come up with some that suit your outlook for the months ahead.

Goals involve identifying tangible factors that will presumably be achieved at some point in the future. Some people are successful working towards these kinds of objectives; others lose attention early in the process. Goal setting and achievement is largely a cognitive process, so you rely on your brain to get you to your destination.

Another way to view the year ahead is to take a more qualitative approach, such as responding to this question: how would you like to feel about your success at the end of the year? Feeling evokes the affective dimension, instead of taking a purely cognitive approach.

If you capture how you want to feel, you can replicate that feeling throughout the year. For example, let’s take two difficult projects. While working on Project A, you experience considerable stress or anxiety. Project B may have comparable challenges but in contrast to A, you feel energized by those challenges.

I was talking to someone at the end of December who felt lackluster about his goals for the year. After exploring further, it became clear that he just didn’t feel good about them. The core of our conversation centered around how much harder it would be to accomplish these goals since he was starting with so many negative feelings.

This is an especially challenging way to start the year. If you feel defeated before you even hit the starting line, everything will seem more difficult.

If you find yourself unmotivated by your goals – and if you don’t feel good about them – you are setting yourself up for disappointment. You may achieve your goals, but pay attention to “at what cost”?