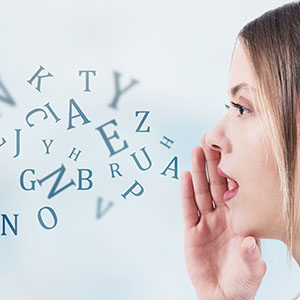 Do you know people who blurt out whatever is on their mind without thinking first? Obviously, this is rhetorical – everyone knows people like this. Even when co-workers know – and expect – these people to act this way, it doesn’t diminish the hurt, anger, or frustration that can come from their unfiltered comments.

This is not a flattering or aspirational leadership trait. It’s characteristic of someone who either doesn’t care about their impact or is so insecure that unfiltered language is an easy way to bully others.

Not only is it unkind, but ultimately it diminishes your leadership effectiveness because people lose respect for you. People who receive this type of communication aren’t quaking in their boots; they’re thinking about why the heck they put up with it.

There are other ways to get your point across without engaging in unfiltered communication. You can be diplomatic. You can be silent. You can think first before you speak.

It’s intriguing that people defend the offenders. “Oh, that’s just they way John is.” Or, “Sarah didn’t really mean it that way.” Other people become the defenders, and over time, they lose credibility, too.

Don’t expect to garner respect if you criticize or belittle others. Rather, it’s a straight road to resistance. Over time, it’s a failed strategy. Employees will disengage or leave. And most times, they’ll never disclose that this is the reason.

Remember “the golden rule”? This variation is to speak to others the way you would want others to speak to you.