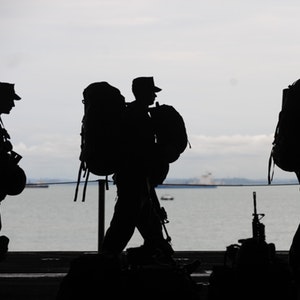 This year marks the 75th anniversary of D-Day, June 6, 1944, when more than 160,000 Allied troops invaded Normandy at Omaha Beach, marking a huge step towards the defeat of Nazi Germany.

Very few of us will ever face the task of strategizing something the scale of the D-Day invasion, let alone leading such an event. It’s worth learning about or refreshing your memory on D-Day to envision the scope and understand how everything converged.

There was great focus. Everyone who participated, from all nationalities, had a shared vision and clarity about what they were doing and why it was so important. The troops didn’t go to seminars to learn about shared vision and values. Rather, they entered the military and served their countries to achieve a clearly defined, common goal.

You don’t need to be a historian or military buff to benefit from this rich history. Use today’s commemoration to bolster insights into your leadership practice.

+ Know what you can really do versus what you think you can do. Often, we attempt to achieve ambitious results that aren’t possible given our resources.

+ Define your risks and manage them. Don’t allow “scope creep” to swoop over your plan, thereby unknowingly changing the risks.

+ Be responsible for your actions. If things don’t go as planned, don’t blame someone else. Own what happened and learn from it.

Less than 4% of the veterans who served in World War II are still alive. As the last of this generation dies, let’s honor the leadership and followership that influenced the generations that followed.