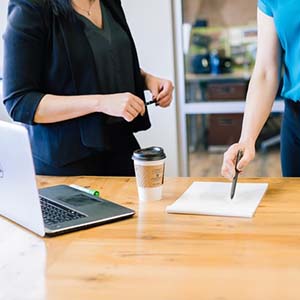 People often say that they welcome change, but you don’t need to dig too far below the surface to realize that many people actually resist it. They outwardly support change while internally fear how it will affect them.

This frequently occurs during an organizational or management change, which can be tricky. The new regime doesn’t do things the same way as the outgoing people. And nor should they!

Whether it’s an internal switch of roles or someone new coming in from the outside, things will be different.

People like to stay in their comfort zones. The mere introduction of a new person into a previously established role means that the execution of that role will be different.

When a new leader goes into an established position, the best practice is for that person to spend the first 45-60 days observing and listening before initiating change.

Unfortunately, in today’s world, that’s more often than not an unrealistic scenario. We don’t have that luxury as many transitions are abrupt, unexpected, and can be internally disruptive.

When you experience a managerial transition, be supportive of both the incoming and outgoing people. Bite your tongue and give both people time and space to adjust. Be a role model to ensure your team that this change will be positive and that you understand the challenges they’re facing.

As a senior person, people will look to you for direction. Stay positive and reassuring as the transition unfolds.

Importantly, minimize the chatter in the background so that business can proceed as smoothly as possible. Who knows? The transition may go so well that in a few months people will eagerly embrace the change.