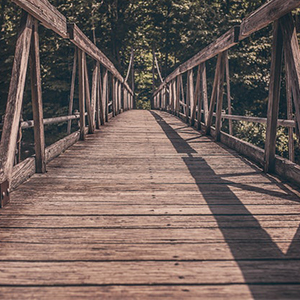 Continuing with our June theme of relationship and network building, someone asked how to handle a scenario when something negative influences a relationship. Hopefully, this doesn’t happen frequently, but you want to be prepared when it does occur.

It’s important to remember that the other person might be more sensitive to what happened than you are. The best way to approach it is to have a direct and empathetic conversation close to the triggering episode, mainly to clear the air and make sure that you’re both on the same page. It is up to the two of you to move the relationship forward after that.

Jake was in an executive role and did not do what was just suggested. Instead, he left his position without really having the opportunity to gracefully exit. He felt awkward about how to keep up with the relationships he built at that company and took the easy road of just doing nothing.

As a result of this, he lost touch with a handful of people in his network. After a couple of years passed, he reconnected with some of them through another professional encounter, but the momentum had dissipated.

Jake felt hurt and embarrassed by these new interactions and we reexamined how he could have handled his exit differently and how to engage with these colleagues going forward.

Unfortunately, the passive road is almost as bad as taking a negative action that burns a bridge. By doing nothing, you essentially signal (regardless of whether it’s your intention) that you aren’t interested in a staying connected.

Upon reconnecting, find a way to reach out again soon. Use the occasion to get up to speed on a personal level and seek new areas of common ground. Importantly, offer a resource that might be helpful or interesting as a sign of sincere interest.

This provides the groundwork for rebuilding, and hopefully reinforces the accompanying lesson to not let relationships languish when something negatively impacts them. Keep those bridges solid!